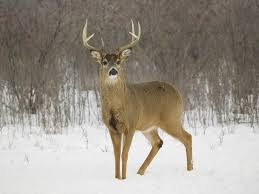 FRANKFORT – The state Senate passed a bill today to ensure the continued operation of a nonprofit dedicated alleviating hunger and malnutrition in Kentucky.

Sen. Robin L. Webb, D-Grayson, who sponsored the legislation known as Senate Bill 55, said it would prevent any city, county or any public health department for disallowing the practice of donating game meat. She said the nonprofit Kentucky Hunters for The Hungry already provides 60,000 pounds to 70,000 pounds of mostly deer meat every year that allows food kitchens to serve an additional 560,000 meals.

“This is a wonderful and best use of the resources God gave us,” Webb said.

She said the bill ensures the game meat is harvested in Kentucky, properly field dressed and taken to processors certified by the U.S. Department of Agriculture and the Kentucky Department of Fish and Wildlife Resources.

The tradition of donating game meat started in 1988 after state deer herds had grown beyond carrying capacity in some areas and biologists were encouraging additional doe harvest, Webb said. This led to discussions between avid hunters who wanted to oblige wildlife management but had concerns about what to do with extra venison.

The formal organization Kentucky Hunters for the Hungry was incorporated in July 2000 with the support of the state fish and wildlife department.

SB 55 passed with a 35-0 vote. It now goes to the House for consideration.